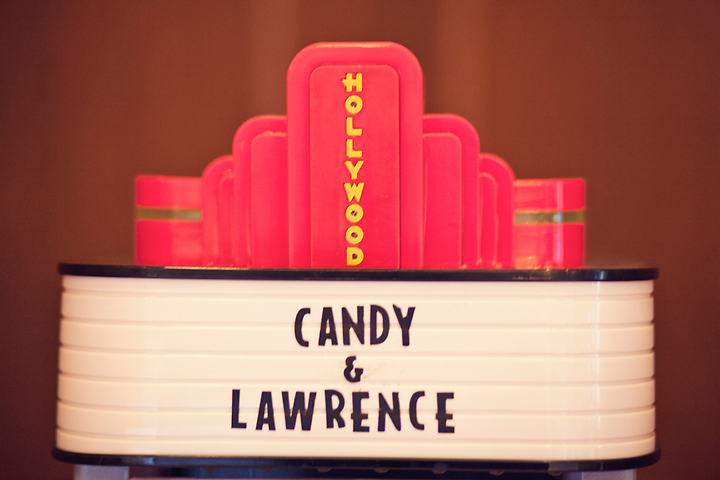 Candy and Lawrence met in high school, growing up in each other’s love. They chose a Hollywood theme for their wedding with old Hollywood glamour throughout the ceremony and reception. 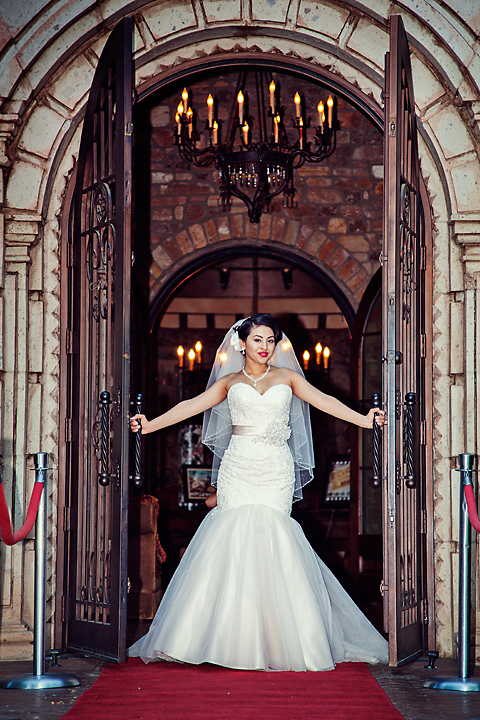 Candy wore a fitted mermaid style dress with a sash under the bust and flowers clustered at the end of the belt. The dress was antique pink. The bride wore a white flower and fascinator in her hair, which was worn up. Her shoes sparkled with a 1920’s feel to them. 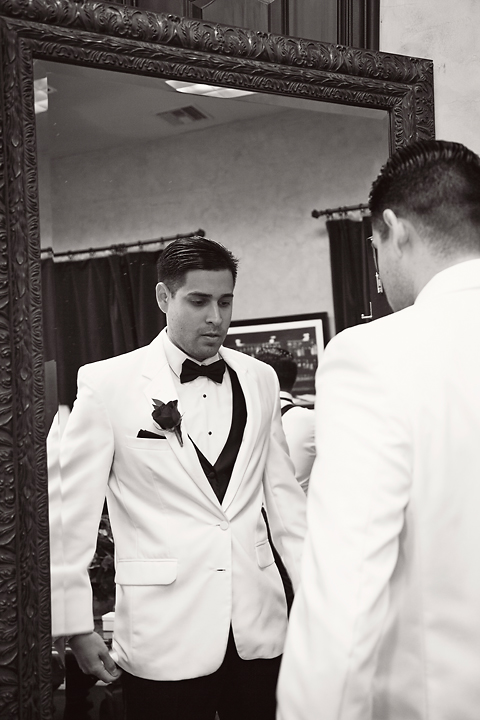 The groom looked like he had stepped out of the Sinatra era in his white tuxedo jacket with black vest and black bowtie. A red rose was threaded through his lapel. 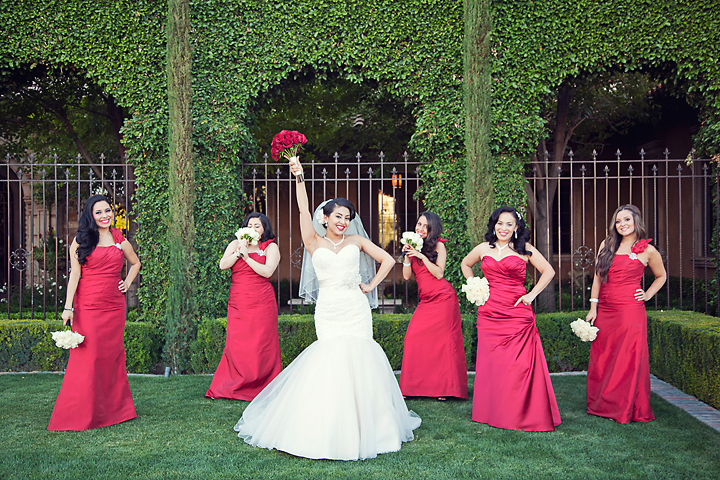 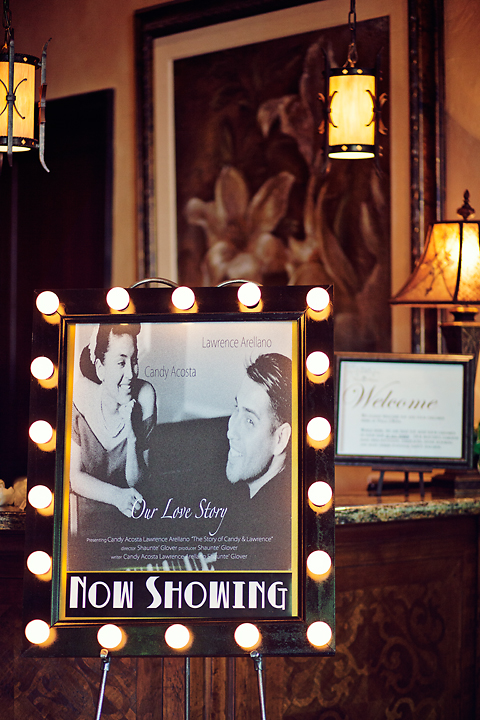 Guests entered through the Villa Siena entrance along a red carpet fitted between velvet ropes, as though they had just arrived at a Hollywood premiere. As they opened the doors, guests were greeted with an old Hollywood-style poster of Candy and Lawrence. The poster title read Our Love Story and was surrounded by white light bulbs. During the ceremony the couple lit a unity candle to officially join their two lives as one. 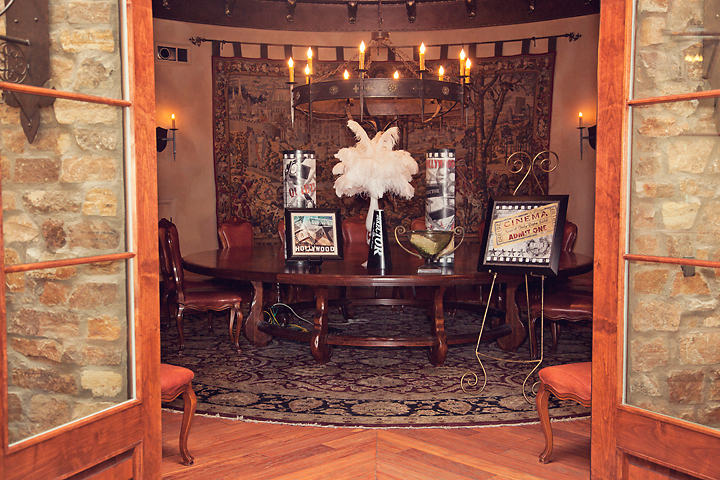 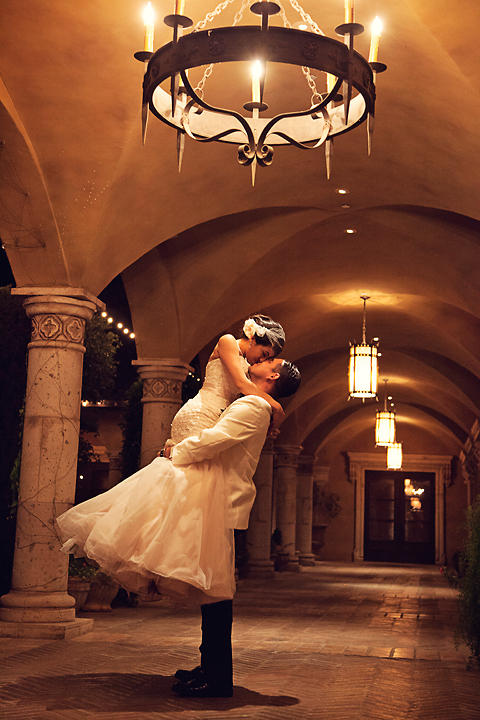 Before the couple’s grand entrance into the reception, a Hollywood themed movie of the couple played. Then Candy and Lawrence made their first appearance as husband and wife. Frank Sinatra crooned The Way You Look Tonight for the couple’s first dance. 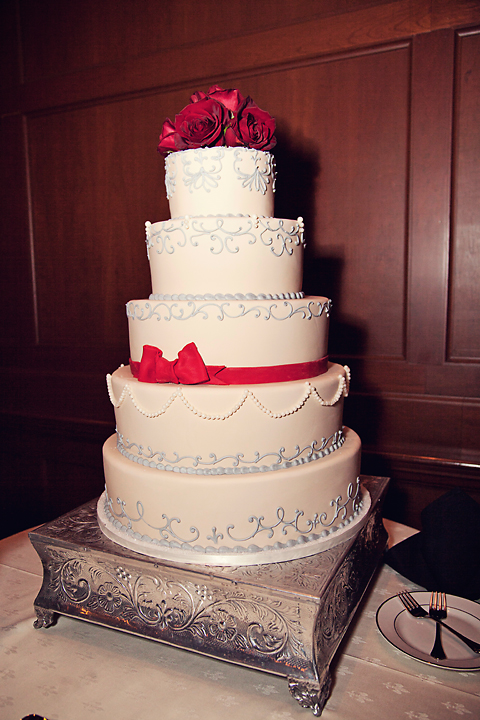 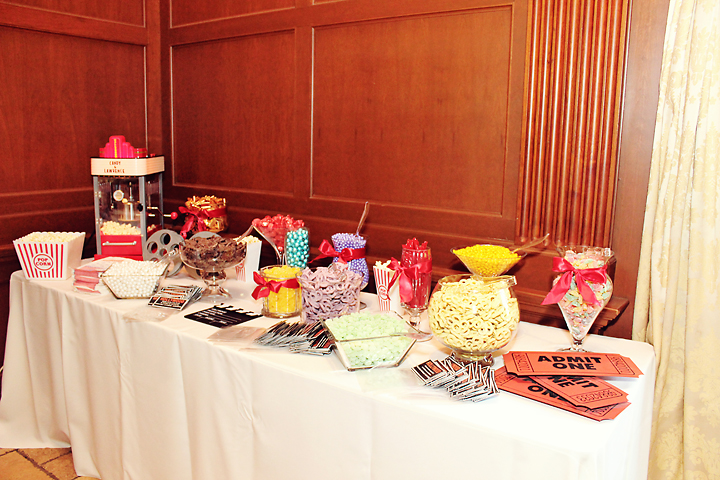 A candy table was set up for favors with bags designed like movie tickets saying ‘Admit One.’ Popcorn was enjoyed by the guests from a machine designed to look like a ticket booth with the couples’ names lighting up the marquee. 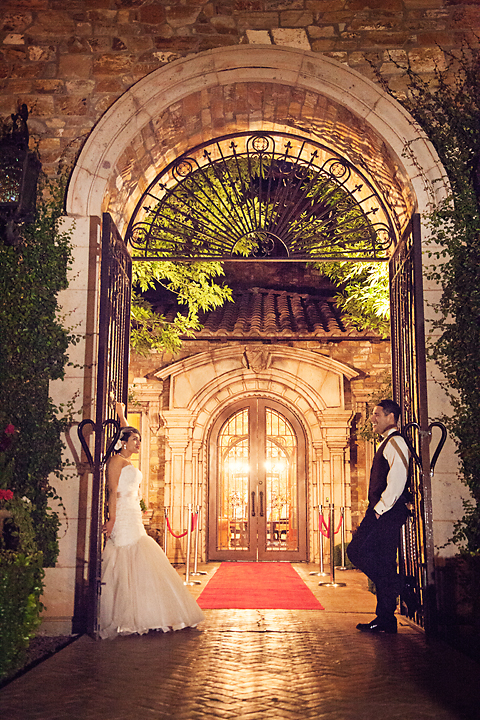 Congratulations Candy and Lawrence. May your love become as legendary as old Hollywood.